This major retrospective of New Brunswick ceramist and sculptor Peter Powning covers a remarkable 50-year career, from his early functional pottery to his exploration of a wide variety of materials such as glass, clay, cast bronze, stone and steel. Not unlike an alchemist, who turns one material into another, he creates new sculptural forms that seem to stand outside of both time and place. Powning has spent a lifetime pursuing his art and is one of Canada's most accomplished and prominent visual artists. The superior quality of his work and his commitment have earned him a unique place on the Canadian art scene. In 2006, the Canada Council for the Arts awarded him the Saidye Bronfman Award—the highest distinction for excellence in fine craft in Canada.

This exhibition was organized by the Beaverbrook Art Gallery and has been made possible in part by the Government of Canada. 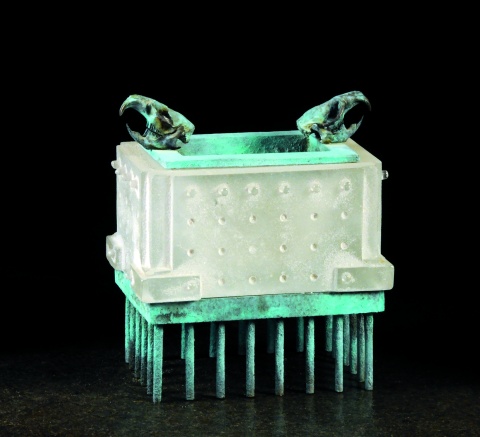